After many late night working meetings, a lot of draft versions, and much feedback, on December 1oth, 2013, the WSTC’s Interim Board finalized and ratified our initial by-laws. To read them in full, go here to our new by-laws page. Here are the high level basics:

The basic flow and structure of our organization is this: 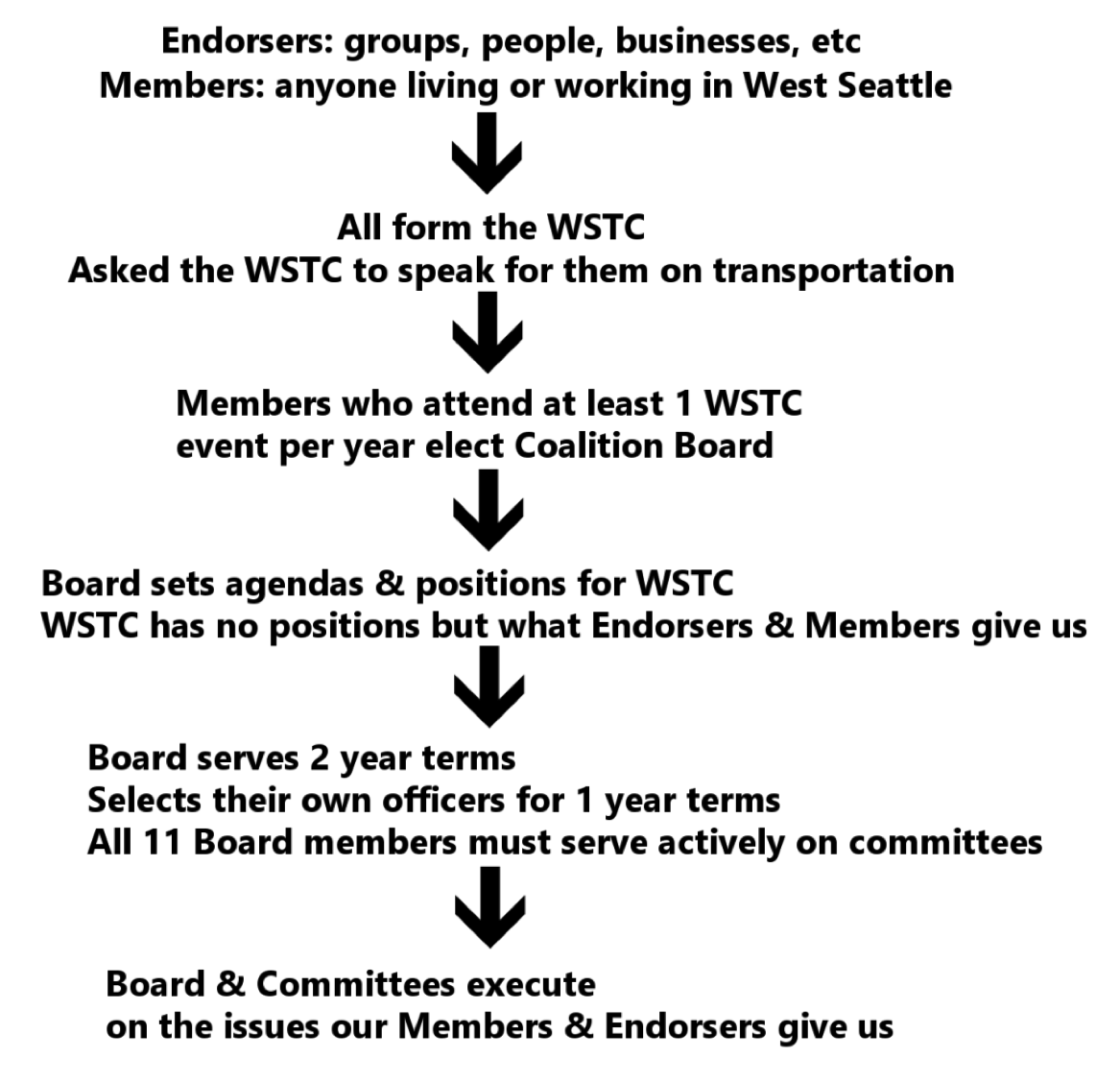 Starting in the December 10th, 2013 meeting, any Member–who lives in, works in, or serves on an organization in our boundaries (all of West Seattle, South Park, Seattle’s new District 1, White Center, North Highline (the county, south to Burien, west of the Duwamish River)–can run for a place on our board or vote in Board elections if they’ve come to at least one general meeting of the WSTC.

Here are the basics of how the elections will work:

If you are interested in joining the West Seattle Transportation Coalition as a regular volunteer, you can check our volunteer page here.

If you are interested in serving on the WSTC Board, please review the by-laws, and we hope to see you in a general meeting (here is our general meeting schedule) by March 2014 so that you can declare! Remember that our January 2014 general meeting has a completely full agenda with a special event, so you have until February 2014 or March 2014’s meeting to decide.