Victoria is a third generation West Seattleite; having grown up just a mile from where she now lives with her husband and two dogs. A passionate environmentalist, she spends much of her volunteer time working on projects that will help keep neighborhoods and beaches healthy. Along with her husband, Victoria worked with other residents to bring a farmers market to West Seattle.

Having retired from the insurance industry in 2012, she is expanding her volunteer work to include a broader range of issues by working with the City Neighborhood Council – Neighborhood Planning Committee, and the West Seattle Transportation Coalition. It is her hope that when a community takes a holistic approach to high density development along with the corresponding traffic issues, a good balance can be achieved so that one does not outweigh the other. Currently, West Seattle has three major challenges to address. First, over one million vehicles move through our neighborhoods. Second, we live in a peninsula that can easily become an island due to weather and traffic incidents. Finally, West Seattle does not have its own hospital which means we must leave our peninsula to get treatment for serious health issues. Her hope is that by working together with the city, the WSTC can help provide solutions to these challenges. 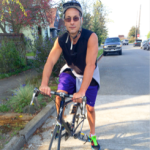 I have been a resident of West Seattle since 1989, the Highland Park area for 20 years and currently reside in the Admiral District. I am married with one adult child attending the UW. As a long time West Seattle resident I am very familiar with the streets, trails/sidewalks, water taxi and transit in the area. I personally use all modes of transportation. I am an avid walker and bike rider and have a keen interest in trails and for opportunities to expand the system. Creating urban trails and pathways connecting parks, business and other points of interest can be cost effective and encourage more walking and bike riding! I am a professional traffic engineer with 5 years’ experience working in the public sector and 25 years of private traffic engineering consulting. 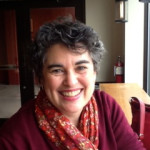 A West Seattleite since 1985, I’m an enthusiastic supporter of my adopted home.  I retired after 21 years as a land use planner for a large suburban city, and I’ve had a great time volunteering on behalf of my community. Currently I’m president of the Morgan Community Association, and a member of the Seattle Landmarks Preservation Board. I’m a past member of the SW Design Review Board and the SW Seattle Historical Society. I joined the SWTC as an interim board member because I believe in being proactive about our transportation future. I appreciate the peninsula-wide focus of the WSTC, and I’d like to continue to help guide this important organization as an elected board member. 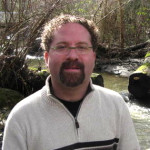 Michael Taylor-Judd, Transportation Chair of the North Delridge Neighborhood Council, and active member of the 34th District Democrats, has been a local political activist since he moved to Seattle to canvass door-to-door in West Seattle for statewide healthcare reform 15 years ago. Since arriving from Southern California, he has been active in marriage equality and transportation issues and grassroots organizing the Democratic Party. He’s helped to bring a bus-service funding problem to the attention of King County Metro, in which Seattle was slated to receive only 20 percent of Metro’s monies, even though it accounts for 75 percent of bus service, fought for improvements to local bus routes, and helped North Delridge get a new traffic signal at the top of Genessee and the 26th Ave Greenway. 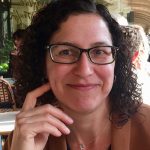 I have lived in the Seattle area for most of my life and have been a resident of West Seattle since 2001. My interest in transportation stems from using many modes–walking, driving, cycling, and bus–and observing how they work and don’t work.

Our area has changed a lot over time, but I feel like we’re on the cusp of an even bigger shift. The threat of climate change forces us to work towards more sustainable transportation solutions. Making non-car modes of travel safer and more convenient gives everyone more options for getting around. Plus, exploring your community and surrounding areas outside the wall of a care is a lot of fun! If we can lay the groundwork now it will be easier ofr my kids’ generation and beyond to choose sustainable and healthy transportation. 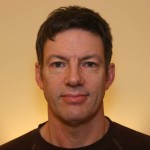 Jon Wright grew up on the East Coast, moved to Seattle in 1983, and was here until 2006. He then moved around for work, living in Chicago, Washington, D.C., Portland, and rural Alaska. Jon moved back to Seattle at the end of 2013 and now lives in Seaview with his wife and three children.

Jon has worked in IT for twenty years and in aviation operations for ten. His previous careers have led to the best job of all: stay-at-home dad. 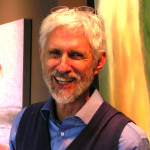 Martin Westerman has served as a WSTC board member since the organization was formed in 2013. He serves on the board of the Fauntleroy Community Association, and volunteers with the West Seattle Green Space Coalition.

He is a life-long bicyclist, and an author, editor, lecturer and consultant on sustainable business, and business communications.  He lives with his wife and sons near The Original Bakery. 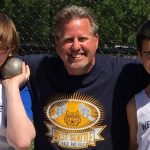 My wife and I moved to West Seattle from California in 2012. West Seattle is the first community I loved so much I committed to being an active community member, leader, and volunteer. We live in the heart of Admiral, where I currently serve as President of the Admiral Neighborhood Association.

I grew up in Michigan where my favorite toys were road maps, and I’d dream about where I wanted to travel, live, and work. I have since road tripped all over the country visiting all 50 states and over 1,400 counties – and I have lived in, worked in, and experienced transportation challenges in 7 different metropolitan regions within 5 states (Michigan, Texas, California, Florida, Washington). It’s a bonus that I’ve also helped establish what are now on those road maps.

I bring over 30 years of experience and expertise to the WSTC board. I’m a licensed Civil Engineer (FL)/Traffic Engineer (CA) specializing in traffic engineering consulting and expert witness work. A University of Texas at Arlington graduate in Civil Engineering, I began my traffic engineering/consulting career in 1989 in California as part of the team that built the first light rail line in the Los Angeles area – the 22-mile Los Angeles-Long Beach Metro Blue Line. In fact, myself and a conductor were the first two people to ever ride a train on LA’s light rail system during the line’s first test run (which I oversaw). I have been active with the Institute of Transportation Engineers (ITE) serving as President of their Northern California Chapter, and running for district and international offices.

I am currently building a Transformational Life Coaching practice, and I have been the Throws Coach (shotput, discus, javelin) for the West Seattle High School boys/girls track & field team since 2015. I also compete in these same events as a Masters Track and Field athlete.