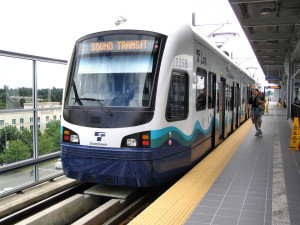 When Sound Transit did a survey of residents — nearly 1000 respondents from West Seattle, we heard — the desire and approval for Light Rail from West Seattle to downtown was well over 92% in favor. That’s absurdly unprecedented uniformity and desire in favor of it happening. This is the only option we have in the long term for our kids and grandkids, and we’re decades behind from our predecessors allowing Atlanta to take Federal money away from us to get their subway before us by failing to pass Forward Thrust.

We need to do this or we’re completely done. There is no part of the city not growing denser, and all communities have to absorb their share. There is no viable political tactic to stop jobs growing here and no legally viable way to keep people moving here. The only opposition we have ever really heard to Sound Transit and Metro are based in general opposition to public transit or general opposition to rail, or the unsubstantiated belief that if we do nothing it will somehow “freeze” our city in time and place, or just West Seattle. Every viewpoint is out of alignment with every political reality on the ground or in Seattle in general.

Those issues are generally outside the WSTC’s realm, but transit isn’t. Transit is coming, transit will grow, and transit must grow. The other things happening just cement that need.

This is not just to service today’s population, and the wishes to a degree of today’s population must be secondary to the needs of our children and tomorrow’s population. It’s how it has to be and it’s what poll after poll and vote after vote has said. We need expanded transit and our population overwhelmingly and demonstrably supports it.