Click here to return to the main Board page. 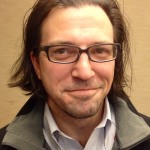 I have been a North Delridge resident since 2006 when my family was attracted to Longfellow Creek and the easy access to downtown. My interests around West Seattle transportation issues focus on convenient ways to get around in the peninsula, as well as safe and efficient access and egress to and from the peninsula. Within West Seattle, we are constrained by distance and hills. Leaving our community can be taxing; bicycling can be frightening, taking the bus can be slow, and driving can be frustrating. We have many challenges to work on.

When away from transportation discussions, I spend most of my time chauffeuring my daughters around West Seattle between their activities, or sneaking down to Lakewood Park for a round of disc golf. Occasionally I may be found playing bass with the Pretty Good Jazz Trio. 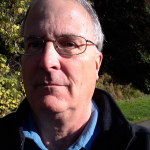 Tod Rodman, BA, MBA has lived in West Seattle since 2000. Prior to that he lived for a year in Kirkland, having moved out West from Charlottesville, Virginia in 1999. Tod was born in New York City and until leaving to attend the University of Virginia lived in the Northeast. Upon receiving his BA degree from UVa, Tod lived in London and New York. Tod received his Masters Degree from the UVA, spent a year in Memphis, and returned to live in Charlottesville where he raised his two children. His children and three grandchildren live in West Seattle.

Tod studied Urban Planning and Architecture, ultimately receiving his Masters in Finance and Operations, interning at UPS in their Advance Logistical Solutions Group . His early work was as an Ordinary Seaman, a Taxi Driver, a Broker in Maritime Vessel Sales and Chartering, and as Firefighter. His has spent over 30 years in the Information Technology industry performing Systems Analysis and Program Management.