Hi, in case you were curious, we have no meeting today for August 2014, but we’re back to work in September 2014, which is also the anniversary of our first ever meeting!

Join the West Seattle Transportation Coalition and Sound Transit to discuss the future of Light Rail and Bus Rapid Transit to and from West Seattle on Tuesday, July 8th, 2014 from 6:30pm to 8:30pm. Neighborhood House High Point Center, 6400 Sylvan Way SW in West Seattle, just east of the intersection of 35th Ave SW and SW Morgan. For bus, take the #21 or #128. The full agenda will be out later.

6:40-6:55: A review of some West Seattle related activities the past month and committee updates (if any).

7:00-8:15: Sound Transit will be presenting to us, with Rachel Smith, their Government and Community Relations Officer, and Chris Rule, one of their Planners, joining us. What are the routes? Where would Light Rail and Bus Rapid Transit go to and through West Seattle? Come for the presentation and a Q&A. You can read some of the Sound Transit materials here: http://www.scribd.com/doc/222955539/South-King-County-HCT-Sound-Transit-study-progress-report 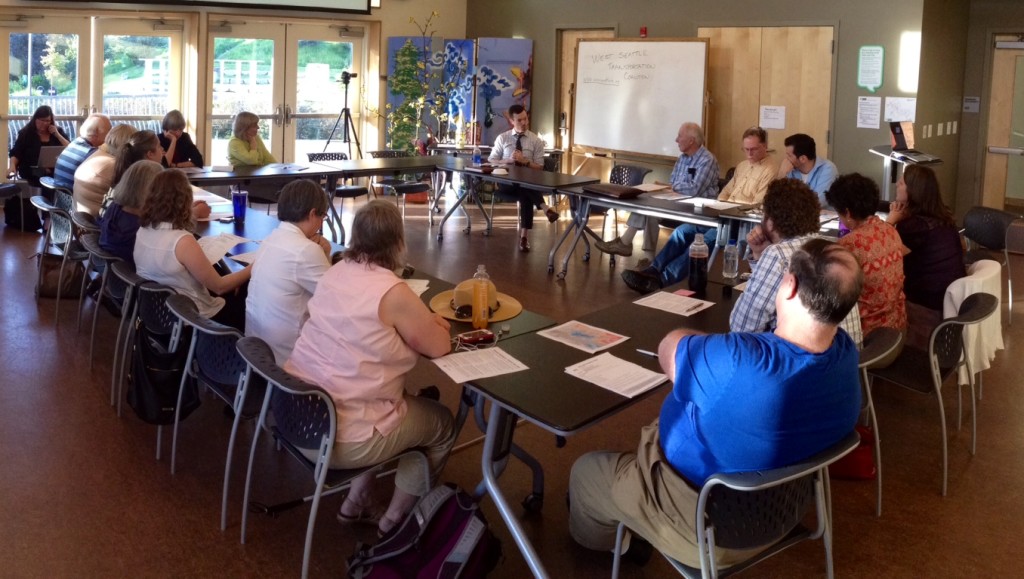 We have created a very large to-do list that we’ve been researching, studying, planning against, and are now ready to begin executing fully in through our permanent Board. Everything has been planning, research, and development up until now. If we were to issue a statement on the beginning of each project goal we’ve got lined up and in various stages of development every two weeks, it would take us until October to spin them all out.

You will start seeing updates on us tackling problems and challenging the City of Seattle, King County, Sound Transit, Washington State, and even the United States Government in the next year. What sorts of things? Here is our Current Issues page. As each item begins to ramp up it will get it’s own project page there.

If we have to or are forced to, we’ll do whatever it takes for all of that. Our duty in the WSTC is to our membership: West Seattle first. We’ve been neglected for a long time. That status quo is no longer acceptable and never will be again.

“There are no rules here – we’re trying to accomplish something.”

Here is the agenda for our next meeting. Our guest is Andrew Glass Hastings, Seattle Mayor Ed Murray’s transportation policy advisor.

Details on each member: https://www.westseattletc.org/about/wstc-board

7:00-8:00: A discussion with Mayor Ed Murray’s Transit and Transportation Advisor, Andrew Glass Hastings, about a variety of critical transportation issues. Some of the topics will include:

8:00-8:15: A first discussion of the proposed Friends of Transit “Plan C” to fund King County Metro in-city only with property taxes. Details: http://www.friendsoftransit.us

8:15-8:30: Brainstorm topics for our June 10th meeting with guest Washington State Secretary of Transportation, Lynn Peterson.  Including the Viaduct and tunnel, and how it affects West Seattle: https://www.westseattletc.org/wsdot-secretary-lynn-peterson-visits-wstc-on-june-10

The Seattle Department of Transportation posted this on Twitter today, on their @seattledot account. It’s a reference to an Internet meme known as “Scumbag Steve“. The short version of it is that if you’re wearing one of the hats, you’re a deplorable person doing deplorable, socially unacceptable things. 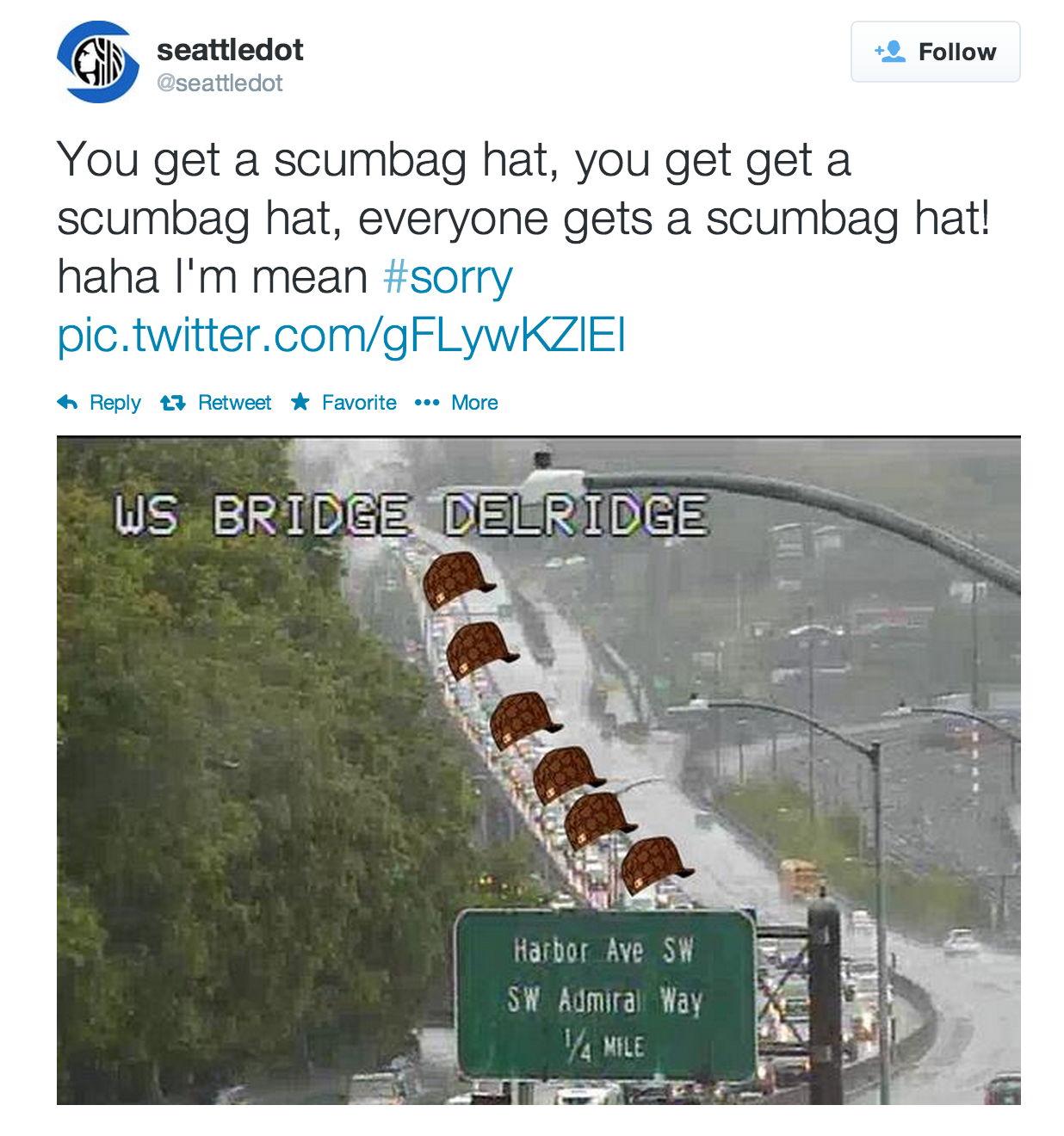 While SDOT can at times be funny on Twitter, this joke is completely inappropriate and unprofessional. With years of cuts to bus service and decades of questionable infrastructure design, many West Seattle commuters today have no choice but to drive over the bridge to get to their jobs in a timely fashion. Instead of insulting taxpayers and voters for trying to survive, SDOT and the heads of city government should be answering today why, for decades, West Seattle’s transportation issues were overlooked. Andrew Glass Hastings, the Mayor’s transportation advisor, will be our guest in our Tuesday, May 13 meeting at 6400 Sylvan Way SW.  We will have many questions for him about this, and we encourage West Seattle residents to join us in getting answers. 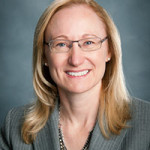 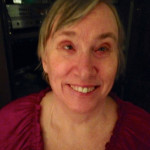 The West Seattle Transportation Coalition will be represented by Marci Carpenter. Carpenter is a West Seattle resident and current interim board member of the WSTC. Carpenter has extensive experience in transportation advisory roles. In the 1980s and 1990s she helped to develop the Transportation Master Plan for the Boulder Valley in Colorado, chaired a group that helped implement that multi-modal plan, worked on creating one of the nation’s first employer-based bus pass systems and negotiated with the University of Colorado for a similar student pass program. Carpenter also served on Boulder’s City Transportation Board and conducted public meetings, with a focus on implementing a citywide sidewalk completion program.

The Mayor’s initiative and other committee members are listed here: http://murray.seattle.gov/sdotdirector/#sthash.Sh7EyLVk.dpbs

The West Seattle Transportation Coalition is a Peninsula-wide organization working to address transportation and mobility issues for Seattle’s largest constituency. We represent up to 100,000 people living and working in the 10 square mile area between the Duwamish River and Puget Sound.

Our next monthly meeting is tonight, Tuesday, April 8th, at 6:30pm at High Point Neighborhood House at 6400 Sylvan Way SW (east of 35th & Morgan) in West Seattle. Our guest tonight is the Seattle Department of Transportation to discuss upgrades and improvements to our major capital infrastructure such as the West Seattle Bridge, fixing deficiencies related to entering and leaving our peninsula and all areas west of the Duwamish River.

The full agenda is here: https://www.westseattletc.org/tuesday-april-8th-2014-wstc-agenda/

The WSTC is also happy to release our own group’s response to the Mayor’s survey on the future SDOT director:

END_OF_DOCUMENT_TOKEN_TO_BE_REPLACED

The West Seattle Transportation Coalition formed in September 2013, in response to the looming 27% cuts to King County Metro to West Seattle. From that moment we started the process of building the WSTC so that there would be a unified voice for transportation issues in West Seattle, to drive our elected officials and agencies to stop — finally — overlooking West Seattle. 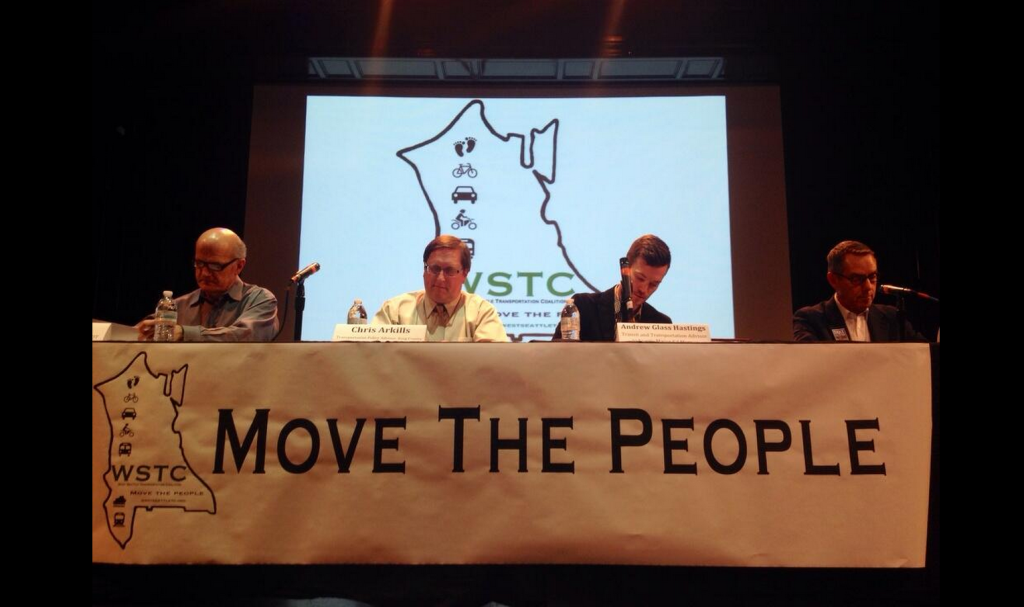 A huge crowd discussed this at our first meeting, which was recorded by the West Seattle Blog. You can watch it here:

West Seattle was getting a double hit: in addition to the 17% cuts the entire county was facing to King County Metro, we were also facing another 10% in cuts because of the “Viaduct mitigation money” from the WSDOT running out. This was a special fund for us, due to the massive disruption to our commutes from the Deep Bore Tunnel and Bertha digging. Unfortunately, the State only funded that through June 2014! At the end of that first meeting, with nearly all of the leaders of nearly all of the West Seattle neighborhood and community groups present, we unanimously formed the WSTC, and started working on our problems…

END_OF_DOCUMENT_TOKEN_TO_BE_REPLACED

At their February 11, 2014 meeting, the Interim Board of the West Seattle Transportation Coalition (WSTC), an advocacy group dedicated to advancing and improving all modes of transportation to benefit the 100,000 residents of the West Seattle Peninsula, voted to endorse King County’s “Proposition 1” transportation package with some important caveats. As proposed by King County Executive Dow Constantine, Proposition 1 is intended to save bus services and maintain roads in lieu of adoption of a balanced statewide transportation package with local options for funding transit and roads.

The WSTC developed the caveats based on current available information. Refer to our website www.westseattletc.org for the full version of our endorsement position. The West Seattle Transportation Coalition endorses adoption and encourages support of King County’s ‘Proposition 1’ Transportation Package with important caveats.

A PDF version of this endorsement is available here: WSTC Endorsement letter for Proposition 1 on this web site, and on Scribd here.

Here is the updated WSTC agenda for Tuesday, March 11!

6:35-7:00 — Board Elections. Candidates need to declare today, it’s the deadline in our by-laws. Elections are in our May 2014 meeting. Full details are here: https://www.westseattletc.org/2014-wstc-board-elections

7:00-7:15 — Committee business/reports. The Research & Solutions Committee is meeting to review additional items and issues that we have in our long West Seattle backlog of transportation issues and will give us more details. Some of the items can be seen here in last month’s agenda: https://www.westseattletc.org/agenda-feb-11-2014/

7:15-8:15 — WSTC Steering: Review of outstanding action items for prioritization for the year, West Seattle Transportation Coalition Steering Discussion. What issues should we tackle, and in what order? It’s time to decide and then dig into resolving them.

8:20-8:30 — Break, and meet with Board candidates for quick photos for website and discussion.

NOTE: SDOT due to scheduling difficulties will not be coming in our March 11 meeting to talk about West Seattle-affecting capital projects but we’re working on scheduling with them for our April 8th meeting.